Which are the different apartment types ?

The studio flat, also named one-roomed apartment, is a real estate property made up of a main room and an independant kitchen. The main room is used as a bedroom and livingroom. 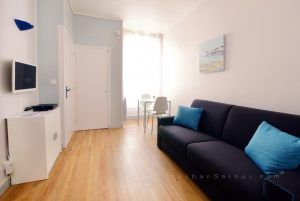 An alcove studio apartment includes a bedroom or an alcove (without window) attached to the hall / main room.
It’s not a real one-bedroom apartment because the separation is not complete.

Example : Lyon 2 – Cœur d’Ainay located in the prestigious district of  the abbaye d’Ainay : 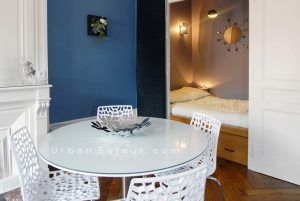 A one-bedroom apartment is a housing category that includes two main separated spaces : a livingroom with a kitchen area and a bedroom.
Example : Lyon 3 – Liberté Prefecture , flat that combines old world charm and modern comfort : 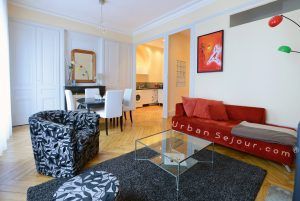 A flat with a livingroom, a separate kitchen or open-plan kitchen, two bedrooms and a bathroom is a 2-bedroom apartment.

Example : Lyon 5 – Saint Georges les Epies of 61 sqm, on the second (and last) floor, of a small building that’s typical for Vieux Lyon : 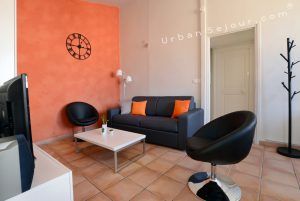 An apartment with a livingroom, an independant kitchen  or open-plan kitchen, three bedrooms and a shower room is a 3-bedroom apartment. 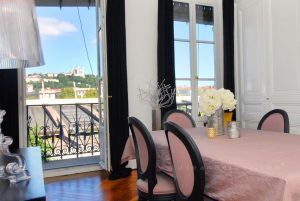 An apartment containing a duplex with a ground floor and a basement.

A duplex apartment has 2 levels, connected by a staircaise.

Here is an example of a duplex lodging : Lyon 2 – Duplex de l’Abbaye.  A bright flat on the highest floor, with a magnificent view of Lyon’s roofs. 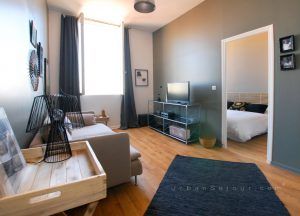 A property with 3 floors, linked by an inside staircase.